Today is a tense but lucky day for me, I said it's tense for a couple of reasons. The first reason was when I arrived the meeting point and checked the navigation App, there was a traffic jam along our way to company, I worried that would be late. Another reason was that the server room was suddenly out of power yesterday morning, and some servers didn't startup by themselves. Maybe the system crashed, so I should get to the office as early as possible, to check the servers. 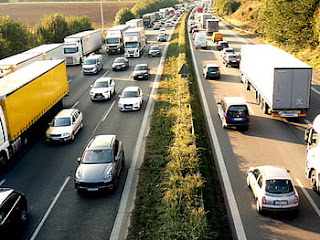 Luckily, when we got to the traffic jam place the traffic was getting better within a few minutes, so we arrived at the office on time. On the other hand, the servers didn't have a serious problem, just restarted it or made some small changes, they had been working.

Another small thing that happened today is our finance manager will quit and a new manager (Mr. Liu) will replace him.

Globally, because of the impact of the corona-virus, many people have been doing panic buying, some media announced that maybe a new round of economic crisis is coming.
on 9:38 下午